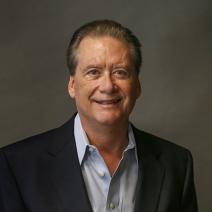 Other responsibilities included management of interest rate risk, Director of Human Resources, Director of the Trust Department, and negotiation of loan transactions, loan review, and oversight of operations in the mortgage company. He was Chairman of ALCO, and a member of Executive, Compliance, Information Technology, Loan and Internal Asset Review committees.

From January 2000 until June 2012, Mr. Kavanaugh served as Independent Trustee and Chairman of the Audit Committee and from June 2012 until December 2013 served as Chairman of the Highland Mutual Funds managed by Highland Capital Management, an SEC registered investment advisor headquartered in Dallas, TX. Prior to entering banking, Mr. Kavanaugh spent a majority of his career in investment banking. After becoming a partner of Great Pacific Securities, Inc., a west coast-based regional firm, Mr. Kavanaugh became Head of Trading for fixed income and equity securities.